Australian Melbourne-born soprano Kate Amos holds a BMus (Perf) with Honours, Dip. Lang (Italian) and Masters of Music (Opera Performance) from the Conservatorium of Music, University of Melbourne.
In 2014 Kate was selected to join the Young Artist Program with the Victorian Opera Company.

Kate is currently completing an Advanced Masters in Opera at the Welsh International Academy of Voice, Cardiff.

Before University, Kate was an elite competitive swimmer headed for Olympic glory, but after making a tough choice between swimming and singing, Kate has gone on to become an artist who prides herself on her wide range of vocal versatility and unique ability to effortlessly perform repertoire that spans impressively across varying classical music genres.

In 2016, Kate performed the title role in Cendrillon by Massenet, covered soprano Emma Mathews as Orlando/Selena in world-premiere baroque pastiche Voyage to the Moon and study-covered Lucia in Lucia di Lammermoor with Victorian Opera. Making her debut with the Sydney Symphony Orchestra, Kate performed the Fauré Requiem at City Recital Hall, Sydney. Most recently, she sang Minstrel in Laughter & Tears (included I Pagliacci) with Victorian Opera, and Milly in the Australian premiere of Williamson’s Our Man in Havana with Lyric Opera of Melbourne, and awarded “Best Actress in a Supporting Role in an Opera” by The Australian and Opera Chaser critic; Paul Selar.

Kate's first taste of G&S, saw her perform the fitting role of "Kate" in The Pirates of Penzance with Gilbert & Sullivan Opera Victoria. She then went on to sing the lead comic role of "Phoebe" in The Yeomen of the Guard, at just 19 years of age the following year, with the same company, this time with direction by Robert Ray. More recently Kate added the part of "Yum-Yum" to her repertoire singing the lead role in The Mikado with GSOV in 2012, direction by Diana Burleigh.

Additional performing credits include Phoebe The Yeomen of the Guard, Yum-Yum The Mikado (Gilbert & Sullivan Opera Victoria); Johanna Sweeney Todd (University of Melbourne); title role of Catherine The Red Apple/Pomme d’Api by Offenbach (Lyric Opera of Melbourne); Christine in The Phantom of the Opera (Windmill Theatre) for which Kate received a Lyrebird Award as “Best Actress in Leading Role in a Musical”, and chorus in Madama Butterfly (Opera Australia), Melbourne.

The 2011 AME ‘Opera Scholar of the Year’ winner, Kate performed at numerous Opera in the Market and Opera in the Alps concerts alongside distinguished guests; Yvonne Kenny, conductors Guy Noble and Benjamin Northey. As a 2014 IFAC Australian Singing Competition finalist, Kate sang with the Australian Opera and Ballet Orchestra in Sydney, conducted by maestro Johannes Fritzsch winning several distinguished prizes including UK Royal Overseas-League Bursary and the Italian Merenda Scholarship.
Kate travelled on scholarship to Jesi, Italy after winning a study-award at the Fondazione Spontini Pergolesi in conjunction with Teatro Pergolesi studying with soprano Valeria Esposito and maestro Carlo Morganti.

During 2018, Kate made her principal debut with Opera Australia in the brand new work "By The Light of the Moon" alternating multiple roles in a production that toured extensively to Melbourne and regional Victorian primary schools.

In 2019, Kate makes her main-stage principal debut with Opera Australia, as “Barbarina" in Mozart’s The Marriage of Figaro at the Sydney Opera House. 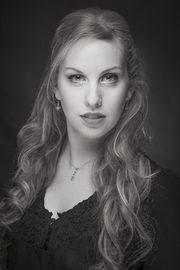 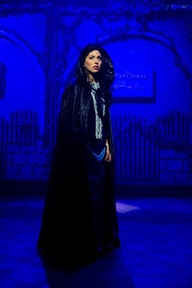 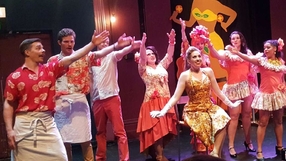 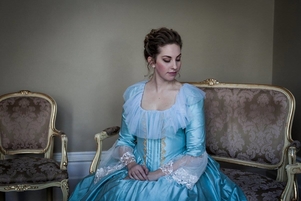